Hey everyone ! I decided to finally blog a bit about my Genshin Impact experiance. Well at least the Ganyu banner , as I still plan on reviewing other parts of the gameplay, story and events. For those who don’t know Genshin Impact is a free to play action adventure RPG on mobile and PC. I first started playing last year in May. I was instantly hooked as I loved the open world adventuring, fantasy story, and cute anime characters. I mainly play on pc too as I like having a bigger screen and using my Xbox controller .  Well before I really got into the game I missed the Ganyu banner which is the blue hair Qirin (Chinese Unicorn) character. She’s a soft spoken icy bow user, and I really wanted her on my team.  I’ve gotten other 5 star charcters before , Klee ( pyro bomber girl ), Kokami ( hydro mermaid priestess) and Mona ( another water character ). So I really needed a good ice character, plus her design is one of the best in the game. And I saved quite a bit of in game currency ( primogems) a few months ago since I rolled Kokami. I thought I had a chance .

I’m actually using a more recent capture of the banner , I started wishing on this banner early during the Fleeting Colors in Flight event. I made sure to do some of the new events and story for extra primogems. I did about 40 rolls initially , but I was pretty unlucky and lost my 50/50 chance of getting the character . I’ve had this happen to me before on the Yomiya (fire bow user ) banner and won Mona . I was pretty annoyed as I didn’t really want Mona at the time. She’s cute and her water walking powers are cool , but she wasn’t the banner character. And well the same thing happened on this banner except this time I won Jean.

This video was so cursed it froze my computer searching for it too. When it happened I was pretty devastated. I knew I would have to kind of grind and make more primogems in order to wish for Ganyu before her banner was over.  So I had about 19 days when I lost my pity to Jean.  So I spent the rest of the weeks ,  doing more quests, daily quests, even bought Welken Moon ( which is 90 gems for 30 days), and even a crystal top off. I didn’t spend too much as my Fiancé also plays and uses Welken Moon on his account.  Thankfully another event ( Eight Locales Over Mountains and Seas) popped up and I was able to do enough quests , and even received some free Acquaint Fates through the Sakura Tree in game. My Fiancé and I did the math and looked at how many primogems a day I would need to make about 50 more wishes (so 90 counting the time I lost to Jean).

And to be fair the Tanuki quest was one of my favorites. Kichiboushi was adorable ! Although someone online refered to Tanuki as bears , they are not bears, but canines. So yeah don’t mislabel the little guys.

I would post my other wishes but that’s a lot videos, I almost leveled up Xingqiu ( another water user , I love water people I guess)

Also getting multiples of the same characters means you can unlock their constellations. This is easier on 4 star characters as they’re more common . I do use Xingqiu quite a bit so I was pretty happy , But best of all I maxed out Beidou’s constellations.

Beidou is one of my other favorite characters that I use a lot. 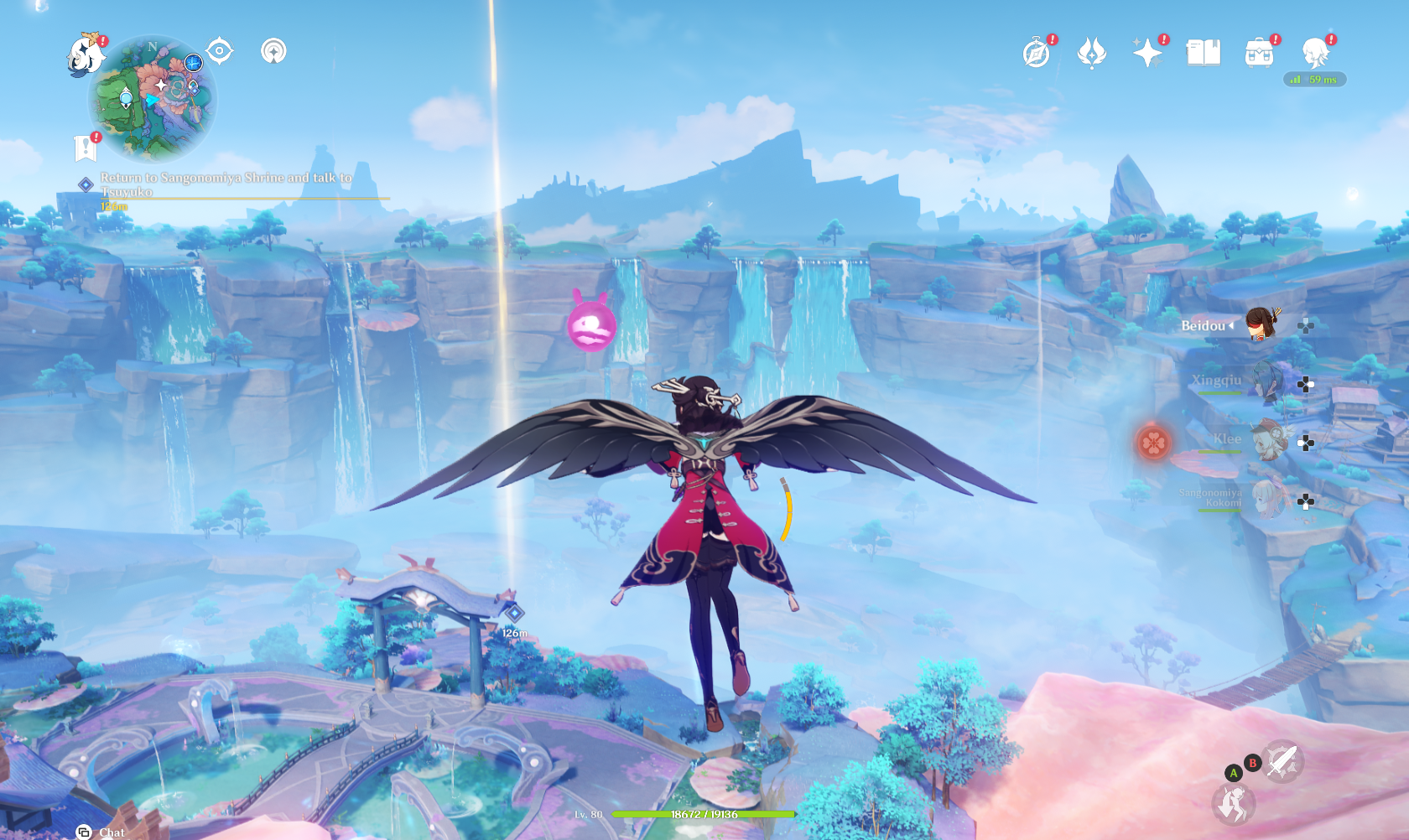 I really should do a more in-depth review of the game as exploring is one of my favorite elements of Genshin.

Well after all that , I had 7 days left. I did my usual missions, helped out the Tanuki, visited the Sakura tree , I made one final wish on the Ganyu banner. 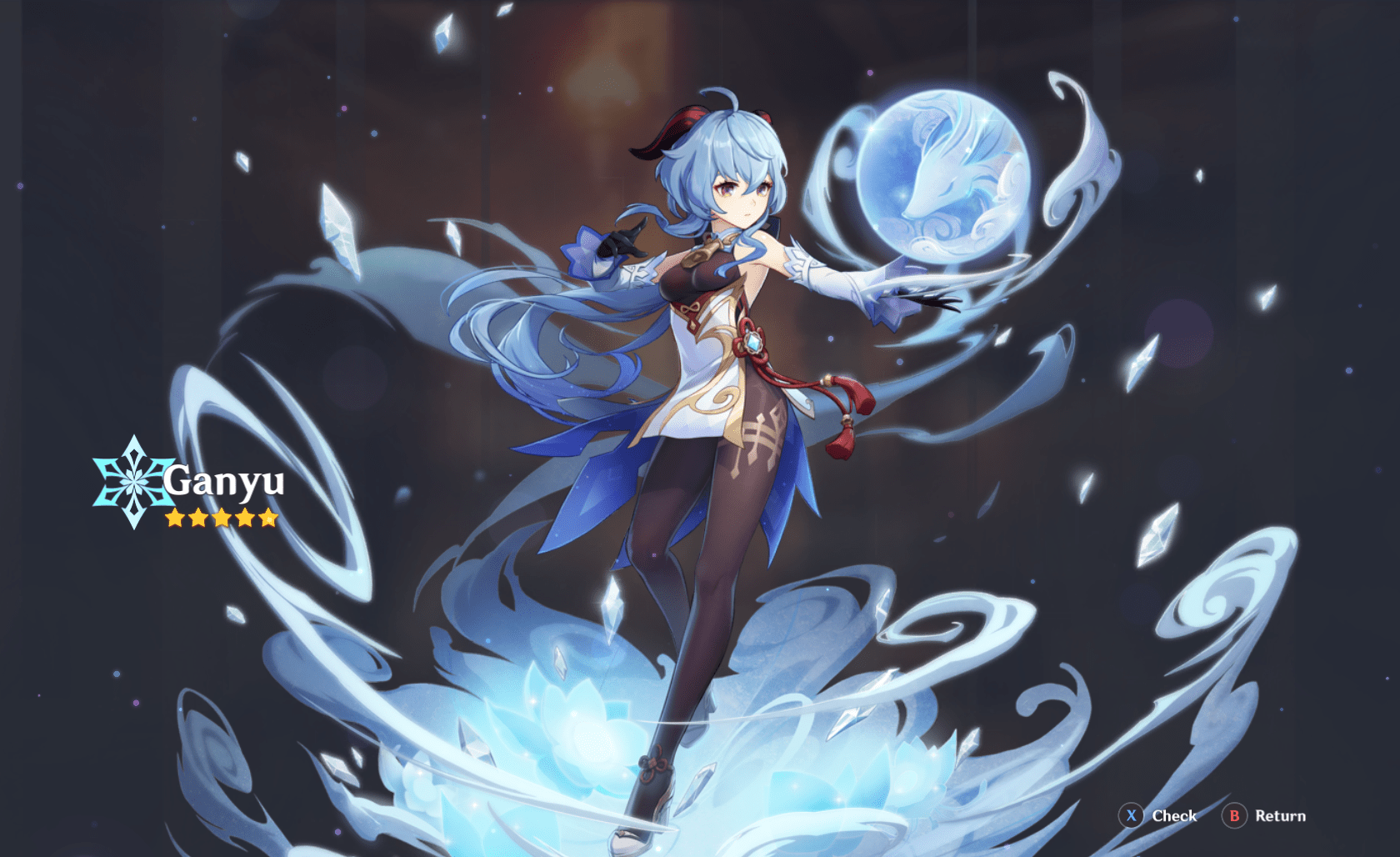 She finally appeared !! I was so happy ! I did have some extra primogems but decided to save them up for another character , in case I get Jean again. As I wished on the standard banner ( wishing on this banner doesn’t really mess up your pity) and guess who showed up !

And Jean’s sword ! oh well at least it’s a 5 star weapon. I’ll eventually try to level up Jean and put her on a team with Klee. But for now I’ll be item and artifact farming for Ganyu, Kokami and Beidou. They’re my priorities at the moment. I’ll leave you all with some pics of Ganyu. And hope to have some more makeup related posts up this week for Valentine’s Day. Have a good week everyone. 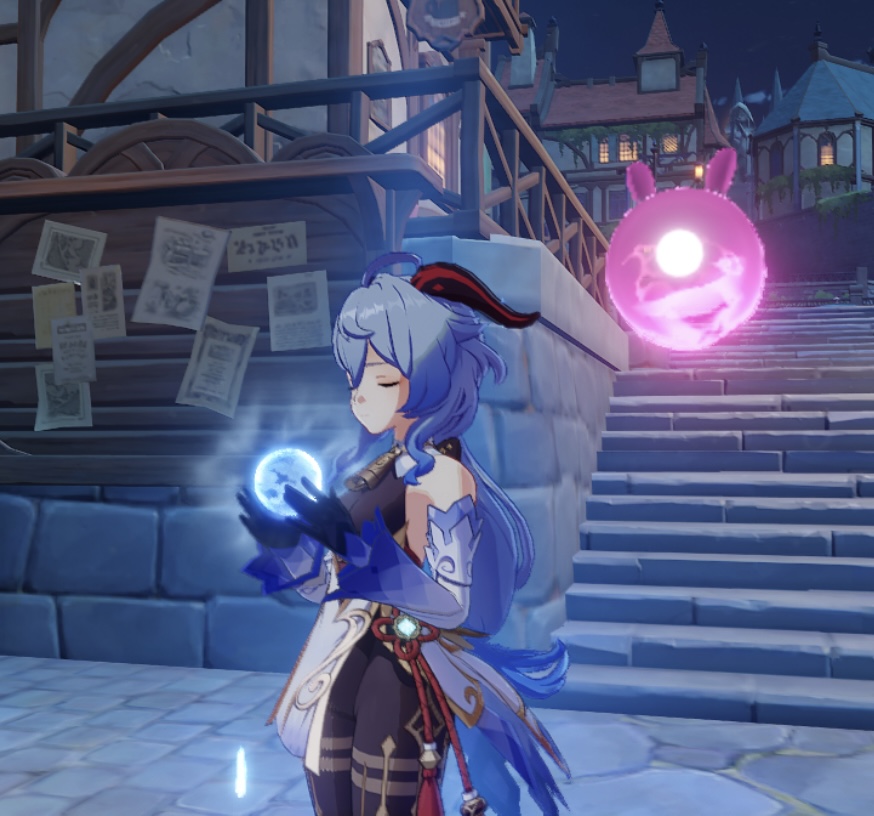 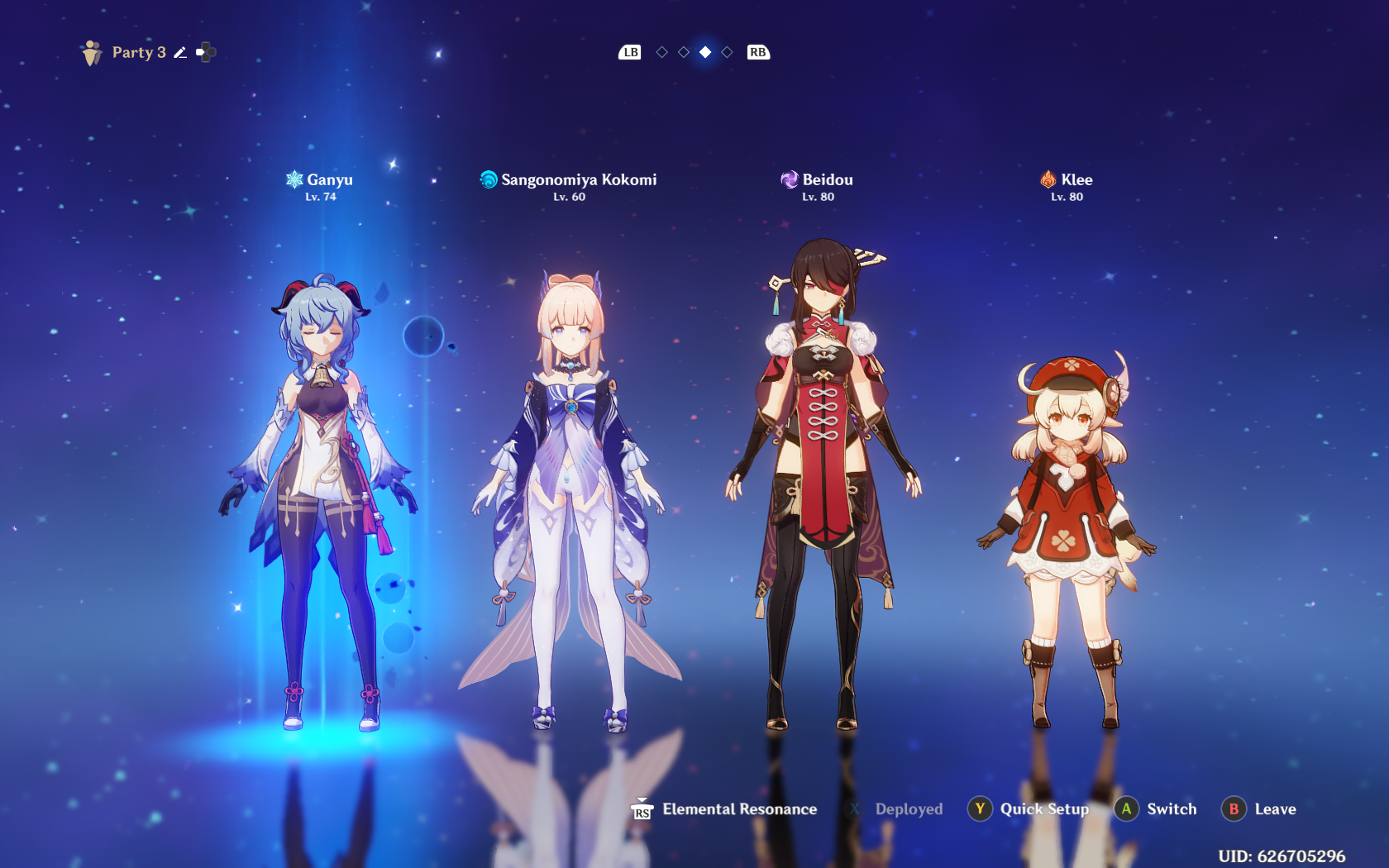 Oh noes! Those were Timmy’s pigeons ! Maybe not the best time to use the bow.