So I had an idea to talk about some older palletes in my collection and just kind of reflect back on them . Now it was only a few years ago that I started collecting bigger eyeshadow pallettes.Before I was just using the small quads or singles I would pick up here and there . It wasn’t until I saw the Urban Decay Electric Pallette that I knew I was sold on the idea of having big palettes . 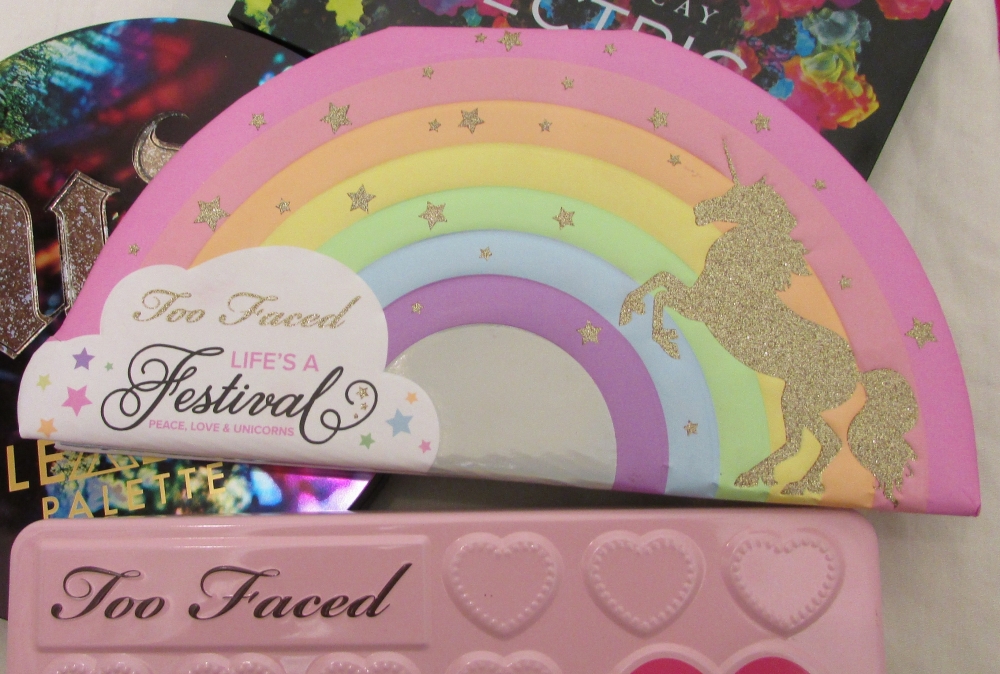 I plan on making this an ongoing series , I may not show a ton of eye looks till later since I’m one of those people who likes mixing and matching colors and finishes . And a few pallettes seem to really compliment each other.Like the shades in Too Faced’s Lifes a Festival seem to pair nicely with Urban Decay’s Elements . But I will show swatches and talk about formuala ect . As a side note with all my shadows I use primer and for the more shimmery or glittery shades usually a glitter glue to really make certain shades pop . I’ll the series with the Urban Decay Electric palette since neons are trending again.