Hey everyone! I was lucky enough to have iMethod send me a set of their winged eyeliner stamps ! i’ve been using these in various looks this week and I’m pretty impressed with how nice of a liner these are.

These liners come in a set of two , and each liner has a wing stamp on the opposite side.

They’re even maked with a leftwing and right wing. This is a pretty cool idea in my opinion . Great for on the go and you need a winged liner fast.

The ink and liner reminds me alot of Nyx Put A Wing on it liner. That one is a bit hard to find so I was happy that this liner has a similar tip. It’s a really bold black, which I love . Also it has a bit of sheen but not too glossy.

Here’s the tip , excuse the shimmer, I had just recently used it with the Huda Mercury palette. But I like that it’s very sharp which makes it easy to draw really nice lines.

And here’s the stamp end:

So how do these work on the eyes ? Well I had to practice a bit with lining the wings up where I wanted them and the lining the rest of my eyes. It was actually pretty easy, but there was a few times I didn’t get the wings matching so I had to use my liner to even them out. And also the wings are a bit smaller than how I usually draw my usual winged liner. But it was  nice for a quick one and done look. Also a few times I wanted the wings bigger so I just used the liner to put a ore instense wing on.  so here’s a few looks .

This may have been one of the times I made the wing just a tad wider . But I really liked the placement of the wing stamp. I think this product would really work for those who had some issues placing the wing , or even hooded eyes.

This liner is also water proof too. This is great if you have water eyes due to allergies or just in kind of a humid enviroment. For removal I reccomend oil based makeup wipes or coconut oil.

And now for a blue look. This one is a bit more true to how the wing stamp is actually sized. I didn’t really have to make it bigger .

I tilted the wing up a bit more too. I like that you can play around with placement. Like some people like a more downwards wing or higher up.

And the black is bold enough to pair with the blue .

Okay now for the final look . I have to admit , I actually kind of mismatched my wings here , but  I still liked the look so I thought I would post both pictures of my eyes.

Here’s just the wing stamp , with liner on my lids.

And here’s where i kind of goofed and had to make my liner a bit longer on the other eye. 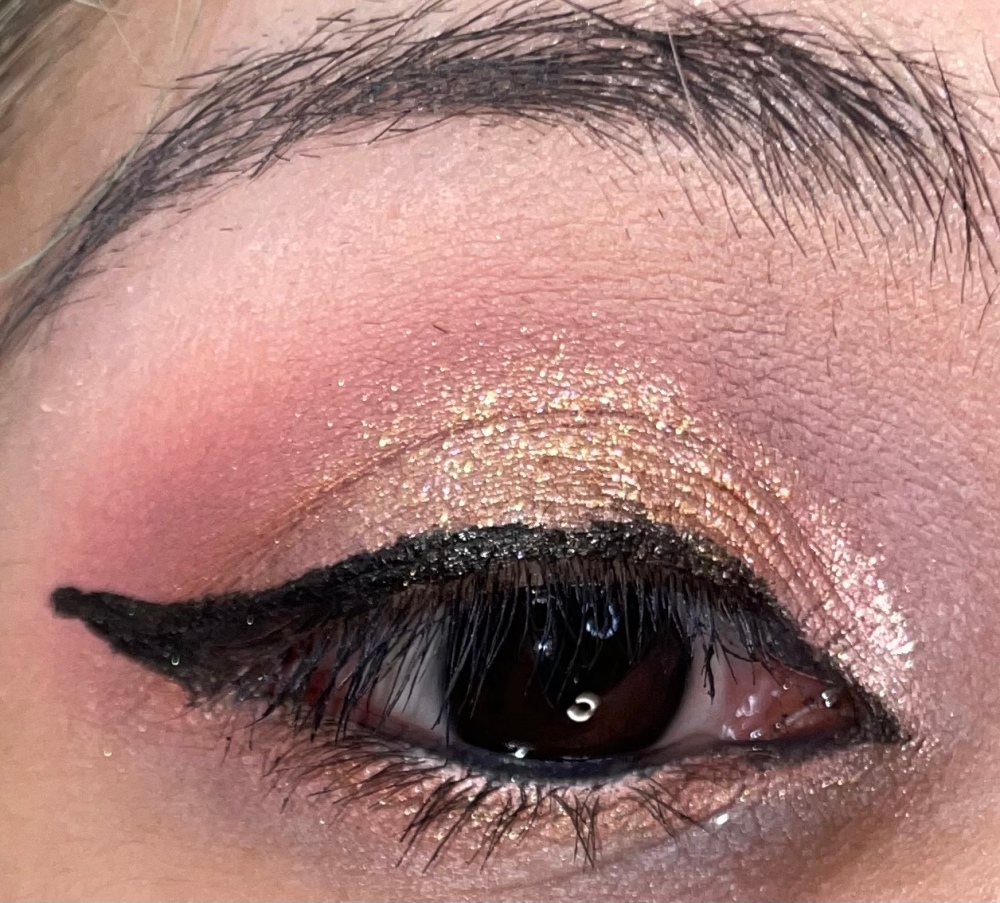 I was pretty impressed with how well these liner’s did over extra shimmery shadows. Some liner’s , especially really thin ones can have issues going over glitter, shimmer or even metallics.

And finally a full face picture where I made this wings a bit wider and bolder so they would match when I went out into the world.

Overall these are very nice liners and the stamps are good for experimenting with placement , and if you want to do quick wings on the go. Plus I can see these being great for helping newbie’s with where to place your wings or where you like placing your winged liner.  And thanks to iMethod for sending these out to me , I’ve had a lot of fun trying these out and incorporating them into my looks . Have a good week everyone !