Excuse the dirty top on the product, it was sent to me like this. I think it’s due the paper cardboard style packaging.  But I thought it’s been long enough since I’ve been using this new deodorant ( like almost 3 weeks) that I could write a good review.

I’ve been using Tom’s products for a while , specifically the deodorant since most of their line doesn’t include aluminum . But I decided to try this one out because it has coconut and it works 48 hours. This is an amazing claim, also for those of you concerned with plastic waste, the packaging is cardboard. You have to push it up from the bottom kind of like the Push-Pop ice creams lol. It also includes hemp seed oil , which I believe has made my underarm area pretty smooth. 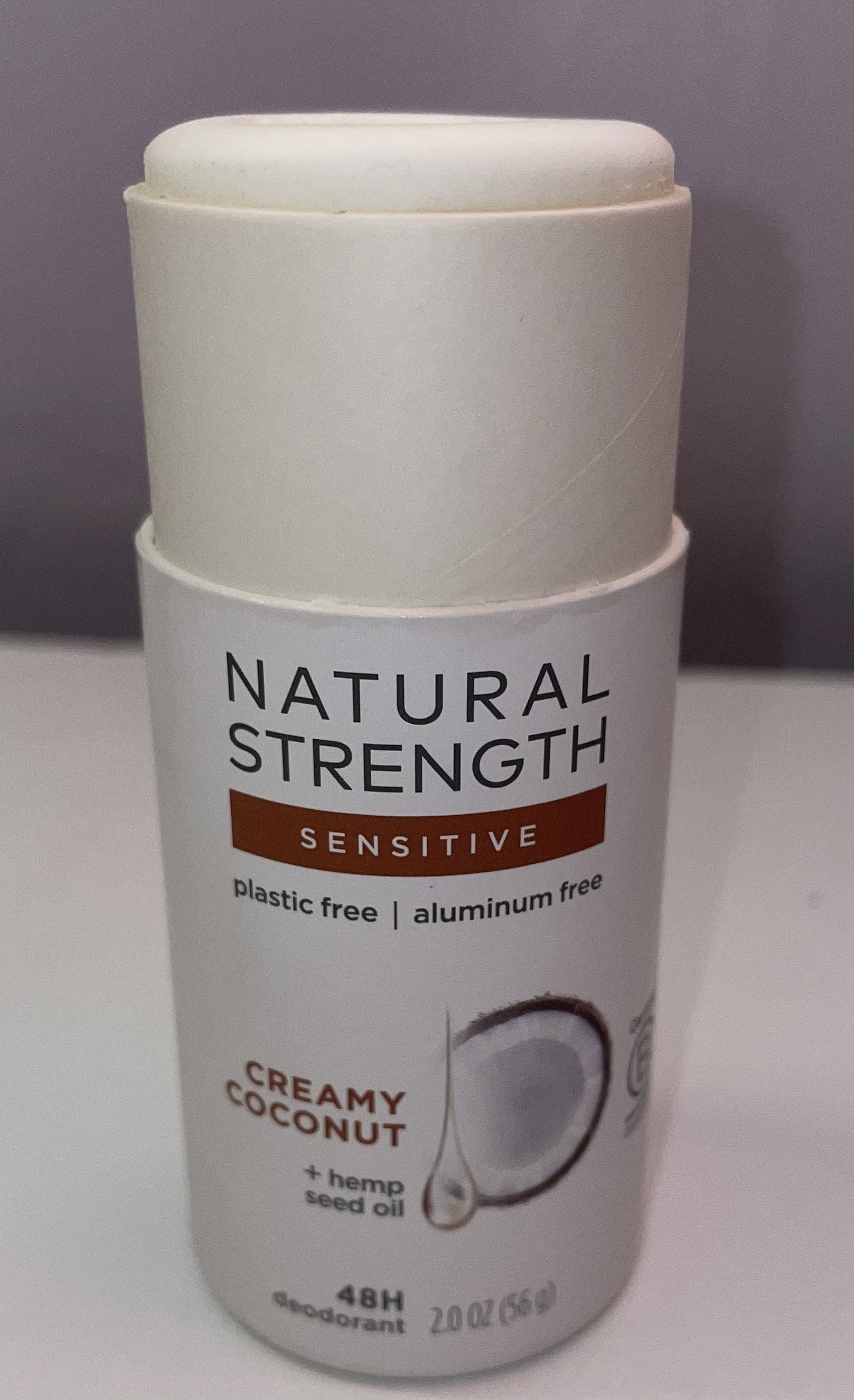 I wanted to take a pic without the top to show the product too. No overhead pics though as it was slightly cracked. I’m not really sure what was up with the shipping.  But how this deodorant does work and I have really skipped a day when using it.  It’s smells amazing too, like a coconut dessert !   I do think this would be good for people with sensitive skin as the hemp seed oil and other oils seems to really smooth out skin, plus while the scent is tropical , it’s on the lighter side. It does seem to melt a bit so keep this in a cool area, (it’s probably a mix of the beeswax and the oils).  But overall I would definitely recommend this deodorant! Let me know in the comment’s if you’ve tried this before and if you like Tom’s of Maine’s other products as well. Have a good week ✨!