I was so happy when this finally came ! I know its just simple stamp but after trying the awful ones off of Amazon and the Starlit Studio one, I really wanted to see how well this compared.  So for this review I’ll go ahead put the links to my other  two reviews here: Beotua Cool Black Double Headed Stamp Design and Eyliner :Star , Heart and Moon Review

Well the stamp itself is very long and being mainly a stamp with no liner, I believe there is more ink . It was a but smudgy at first on my hands but I was able to use it on my face with no problem . I do say go with a slightly light touch so you don’t have the circle show up . Now on to the staying power , this stamp is almost like marker ink. When I washed it off my hand there was a faint purple mark where the heart was . My face though I was able to clean it off with some coconut oil before my shower . There was still a bit left behind but the rest rinsed off after my shower . I would definitely recommend using an oily makeup remover or coconut oil to remove this stamp . I think though this would be great for people who like to swim in their makeup or going to a concert where you don’t want the heart to just smudge off . 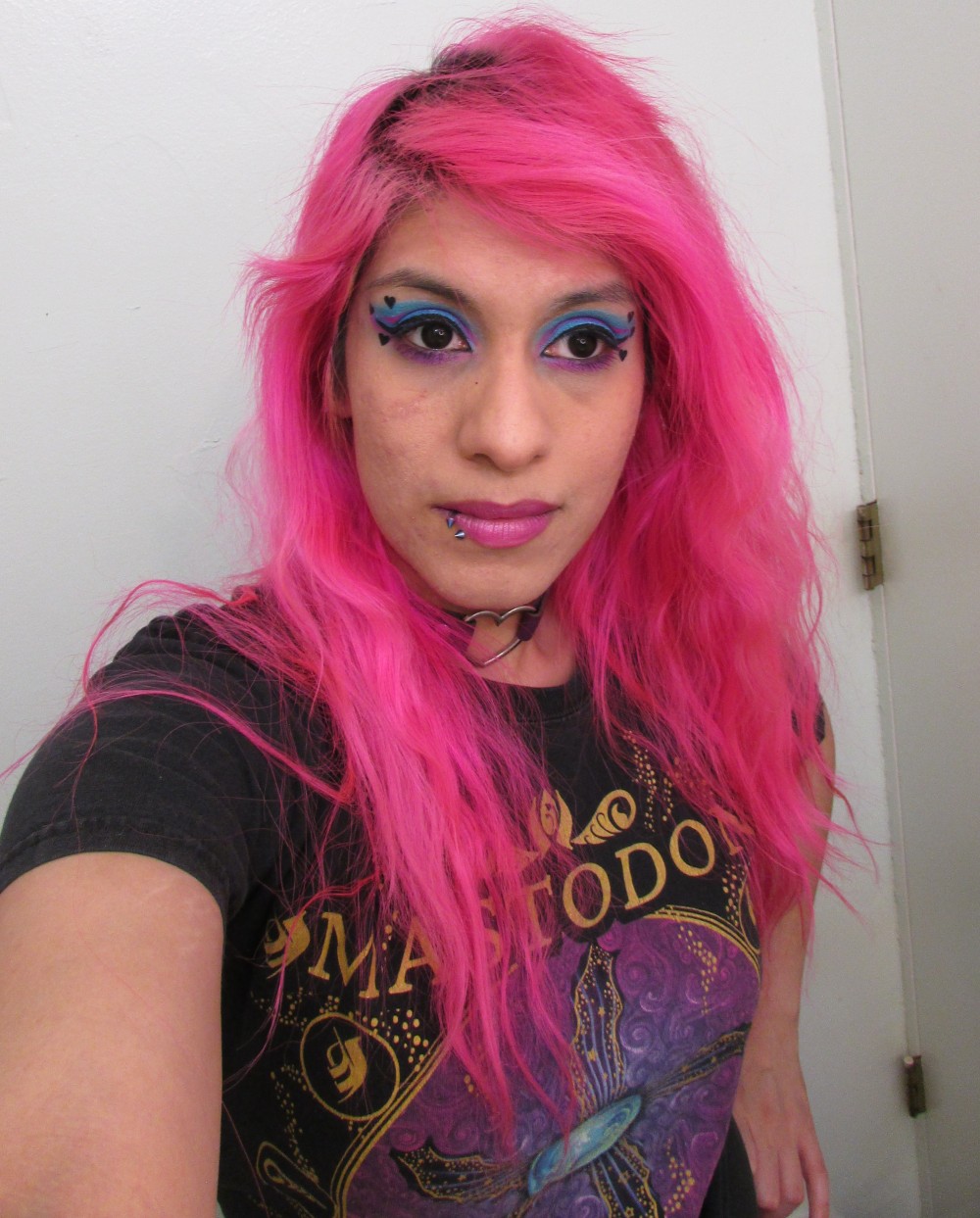 Since I technically tried three different brands of face stamps I’ll seperate them into Tiers:

Milk definitely has the Godly Tier spot , it goes on great and doesn’t come off . That can be a con if you want it off quickly but I really was impressed with quality. They used to be $20 but dropped down to $13

Starlit Studio gets a nice 2nd Tier as being something I think would be great for someone to play around with , great for kids , and just an all around nice stamp , thats a bit patchy but works and comes off easily . Plus the best part is $4 and found easily at Target.

and Now the worst Trash Tier would be the Beotou Cool Black Stamps off Amazon . These were horrible , dry and just didn’t work . I would not recommend these at all even though you get three for $8 . They were just straight trash.

If my face looks different it’s because I tried out the Urban Decay Stay Naked foundation samples . And I didn’t really like them🙅🏻‍♀️ at all . They made my face appear slightly corpsey and dry, and that’s coming from someone with oily skin . I tried mixing a few of the colors to color match which wasn’t too big of an issue but the dryness and how much it just kind of looked blotchy was bad. I decided to still try to salvage the look by adding some of the Milk Makeup Cheek+Lip stick to help uncorpse myself. This worked out alright and then I used my regular Neutrogena Powder foundation to even out my skin. It looks way better than it did before , but because this foundation was so dry I don’t think I would purchase this for myself. I like the Nudestix tint foundation so much better, Even though the Urban Decay has more shades. Oh well I know for some people this might work great but for me it was just too drying and showed way too many imperfections.

Well thats all for now , I’m currently working on a long review for my game and the rest of the Milk products will be up too. Hope everyone is having a nice start of the week:)