So initially when I started this year one of my goals was to hit pan on my Urban Decay Electric palette . Sadly that really hasn’t happened yet but I did hit pan on Mystic Rain (blue/pink Duochrome ) from Too Faced’s Life’s A Festival ! Wow just wow ! I was pretty surprised honestly . It’s been a while since I really played around with makeup , I’ve spent most of my time playing Pokemon Shield on my Nintendo Switch . Plus my foundation has been running low , and I wanted to conserve as much as I can before I have to go out to a store. Well today I wanted to do one of my favorite looks. And heres the products I used. 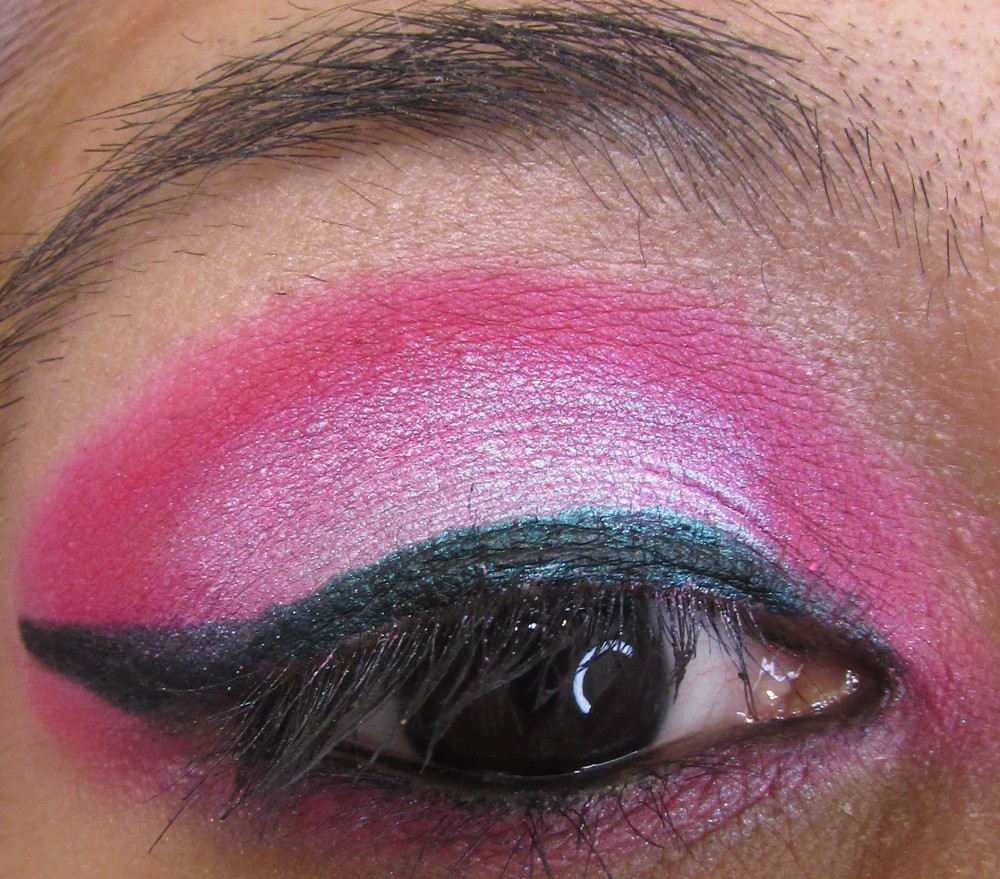 Also I had just bleached my roots again , since they were getting pretty long.As of now I’m just rocking a platinum blonde and pink look. It didn’t take as long to do them this time as did before . But I think in September they were extremely long . But back to the eyelook. I started out with the Nyx shadow base, used a pigment brush to draw around my eyes with the shades Level Up and Rage Quit. Together they make a super intense pink shade. I didn’t worry too much about blending as I wanted this look to be a bit more bold yet kind of simple. afterwards I used a round brush to dab on Mystic Rain. This shade can kind of have some fallout but it seems to stick well to the shadow base or primer. Afterwards I used Cashew Chew on my brow bone .I later smoked out the bottom of my eyelids with Rage Quit and Level Up. Then used the perfect point Eye pencil in my water line and the Nyx Epic Liner on my lids. Finished up with mascara, gloss on my lips and foundation.

And now pics of my pans! So I forgot to mention that Cashew Chew is also panned as well. I’ll have to post my review of the whole Chocolate Bon Bon’s palette sometime before I pan anything else.

So there you go a look, new hair, plus a few panned shadows. Now I just have to finish up Pokemon Shield and Kingdom Hearts too. I’m notoriously slow at finishing games ,I like playing but it usually takes me forever. what are some of the hobbies that you’ve taken up due to self quarantine ? Let me know in the comments section . Have a good week everyone and stay safe and healthy.

Here’s some shots of my Pokemon game too ☺️ 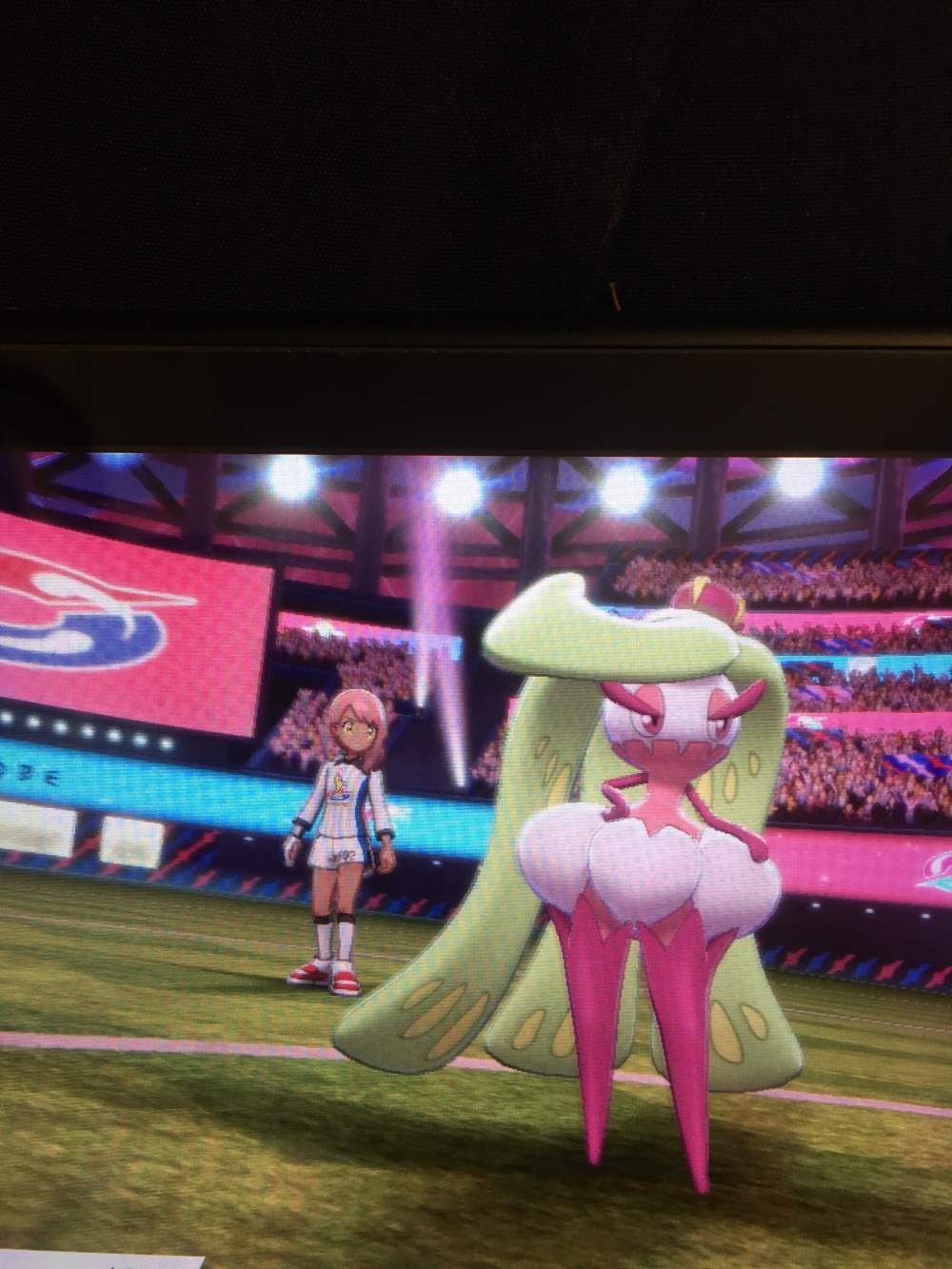 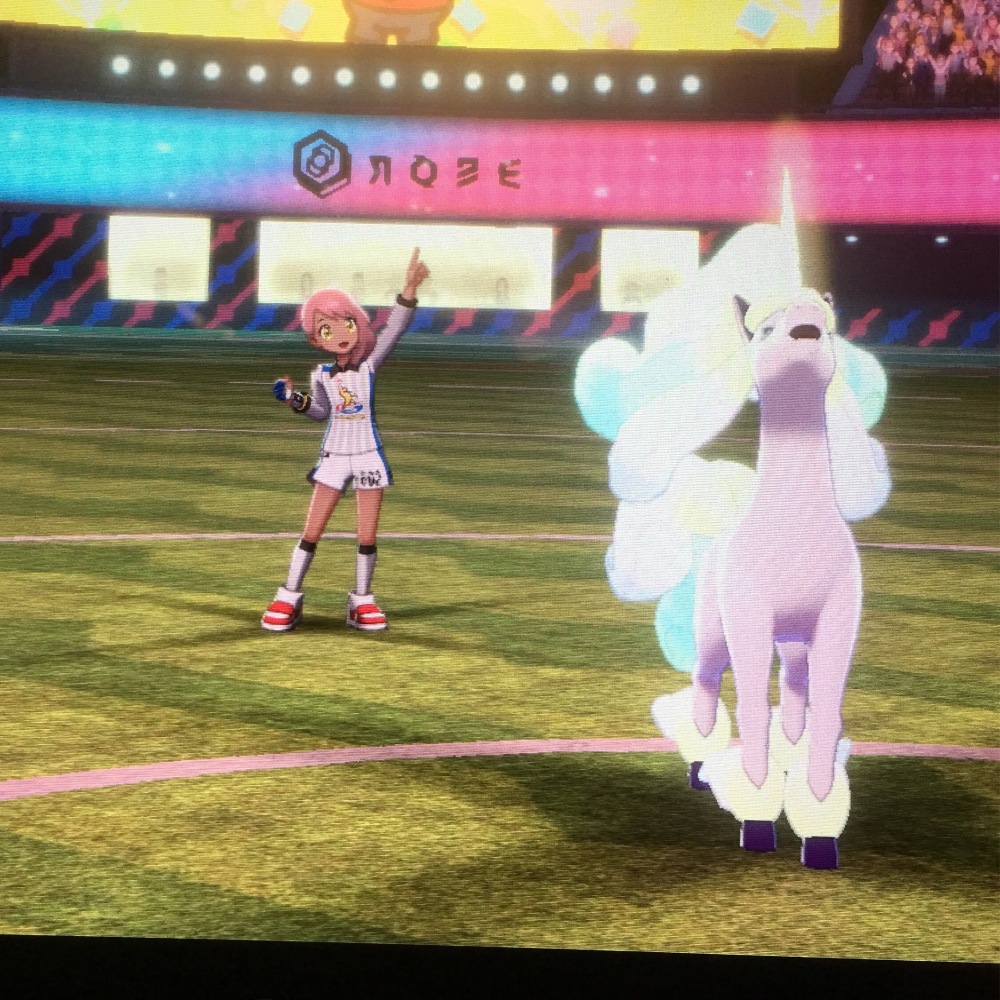 7 thoughts on “I hit pan on Mystic Rain!”