It’s that time again ! After a bit of a break , playing Genshin Impact and doing other things , I decided to finally post my Seeth The Scaleless inspired look from Dark Souls ! 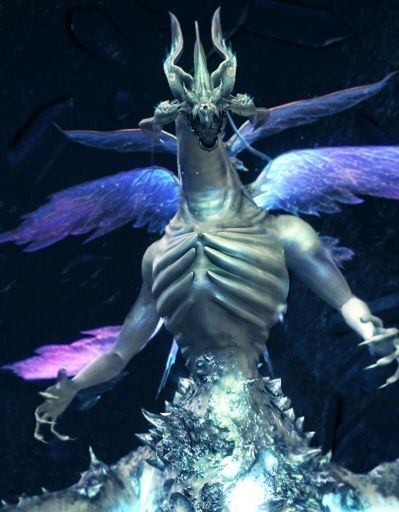 My inspiration pictured above , is Seeth the Scaleless. He’s an iconic boss from the dark fantasy game , Dark Souls . Seeth was born without scales (in game dragon’s scales give them immortality) , he betrays the other dragons and side’s with Lord Gwyn and is given the title of Duke . He also managed to gain immortality from a Primordial Crystal after the defeat of the dragons and is also considered the grandfather of sorcery in the game . I liked this character as he also had a “mad scientist “ style storyline , going mad in his research and experiments while trying to gain immortality. And his color scheme and design is really , cool , being a pale, blind dragon , with like tentacles. Plus Crystal magic ! So sparkly ✨I find him a good mix of grotesque and pretty💕. For my eye look I used Juvia’s Place Wahala 2 ( the names worked with his theme ) and Urban Decay Stoned Vibes palette .

Most of the inspiration was from his wings which I tried to recreate as a cut crease . With the silver being his body . I do wish I had a more pale blue/silver duochrome for the middle .

I had recently toned my hair , so it’s a bit more of a silvery ash blonde . I felt like it went with my theme .  I do plan on doing more Dark Soul’s inspired makeup looks , as I do like the characters, aesthetic ( even it is a bit horrific lol) and it gives me ways to play around with my palettes .  So expect to see some eyelooks based on undead dragons , knight’s armors and other dark fantasy looks . Let me know in the comment’s section what you think and if you’ve ever played Dark Souls , or just happen to like Dark Fantasy as a genre.