Time for another Instagram eye look. I originally posted this on Instagram, but it was the low quality pictures taken with my phone’s camera. Today I would like to show off how it looks with the better camera. Also I added a wing as my eyes totally need a wing. but first off the inspiration picture.

And now my first attempt: These are ab it different than the pic I uploaded on my Instagram account, but I had a better camera. I do wish the pink showed up bright though.

I will probably get some nice faux lashes sometime so I can experiment with looks without liners. I used a variety of shadows , including The Makeup Revolution Forever Flawless Bird of Paradise palette.  I used Island for the purple , Vacay mixed with Savage from Urban Decay, Revolt for the silver ( also from Urban Decay’s Electric palette. And finally Hot Tropic on my brows for the shimmer. I added Too Faced Damn Girl! mascara, and decided to add a wing as well. 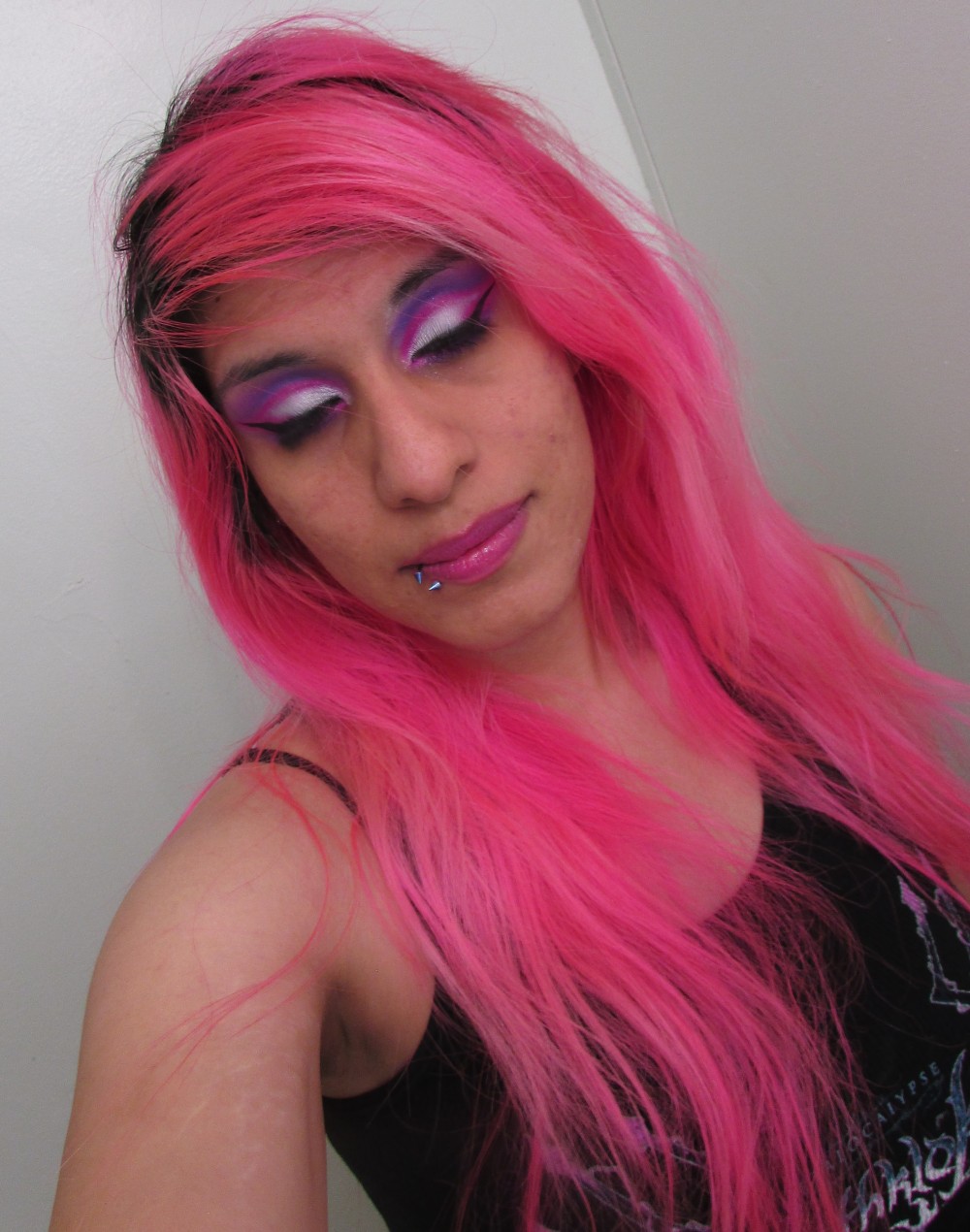 And there it is ! I think next time I’ll try out an actual neon liner for a similar look , juts not sure which company I want to try. And also some faux lashes, I want silk or synthetic though as I’m a fan of minks ( the animals) and like for them to have their fur. But I’ve seen some really nice faux lashes on the market and there’s a ton of options available. Well have a nice week everyone . Hopefully I can get more of my drafts finished .