Hi everyone! I know this post is a bit late and I meant to upload pics and write this out before Thanksgiving week. But I got a bit busy and kept putting it off. But I still wanted to share with you all on how I prepare my own Pumpkin Purée for the holidays. And the best part is you can freeze it for up to three months, if you don’t use all the pumpkin at once:)

So to start off I used three Sugar Pumpkins , which I rinsed off in the sink.  I then proceeded to cut into them starting off with the stems first. I usually cut around the stem and dig out the seeds, and strings.

This one’s seeds were kind of sprouting tentacles , it was a bit creepy but still safe to eat.

Here’s a less Lovecraftian pumpkin with just the normal strings and seeds.

I usually use like a melon baller or ice cream scoop to scrape the pumpkins. And you can save the seeds as well. I usually just boil the seeds in salt water, and then bake them for a few minutes to get a nice roasted snack. Or if you’re in to gardening you can dry the seeds and put them in bag for planting in  a garden later. Sadly I haven’t had the best of luck with planting pumpkins. I have some weird beetles in the garden that seem to eat them before they can produce fruit. Although I might try again later next year.

There’s still some strings, But I got most of them off before I baked them. I cut the pumpkin into quarters usually but sometimes I’ll cut them a bit smaller so they all fit on my baking sheet. And I bake in the oven ,at 350 degree’s for like 45 minutes, or until the pumpkin is soft and easy to peel away from the skin. Also it usually has some golden edges to pumpkin as well.

And finally after letting the pieces cool, I start peeling the rind away from the pumpkin pieces and proceed to blend them in a blender. Usually on the Purée setting. Also if the pumpkin is a bit too dry I like to add some water, it really helps the blending process. Plus you can scoop put some of the puree before you add more chopped pumpkin. It help make it way smoother. 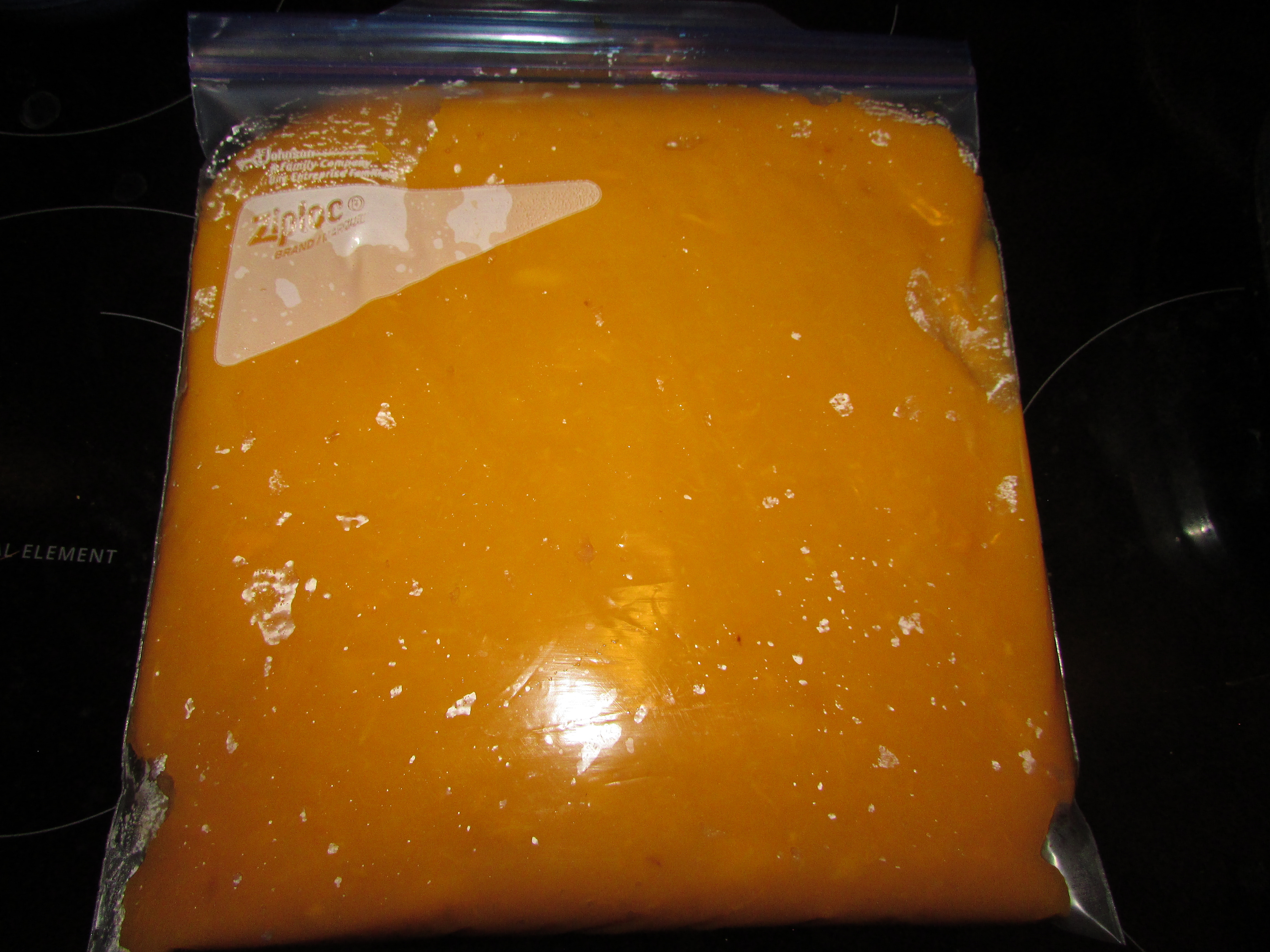 My apologies , I forgot to post pictures of the blender, and instead just too after pictures . It’s more a nice yellow color than what the canned pumpkin is . But I tend to love the taste of fresh pumpkin better. Plus I like making homemade pumpkin spice syrup for my coffee as well as giving my dogs a few table spoons of fresh pumpkin as a treat. Really you can do a lot with fresh pumpkin. So let me know in the comments what kind of pumpkin related things you like to make 🙂 Happy Thanksgiving everyone .

9 thoughts on “How to bake and purée Sugar pumpkins”